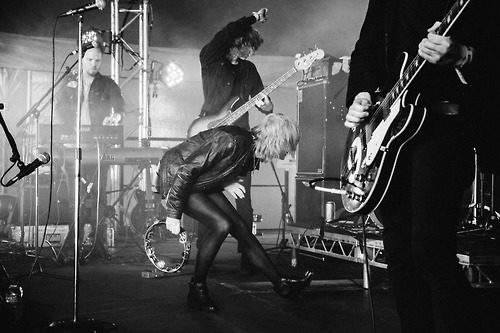 Whats different about DARK HORSES is that whilst they tick all boxes youd want from your favourite new pop group: gamine and gang like, androgynous sexuality, druggy guitars and some good ol Situationist posturing, they fortunately beyond all the swagger are rather talented and have committed a deeply emotional and original sonic soul record. They think theyre The Clash but really they may become a new Radiohead. Look out. -Pierre Angelique

Their Richard Fearless (Death in Vegas) produced debut album BLACK MUSIC out on U.S/Canadian label LAST GANG RECORDS ( home of amongst others Crystal Castles and Death From Above 1979 ) is a record from the hearts and minds of people who believe that music must be more than background noise, that it must matter.  Hamish Macbain, NME