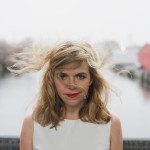 The thing about fossils is that they take a very long time in the making, and its not an entirely intentional process. The making of Aoife ODonovans debut album Fossils has hardly been a glacial affair, but it has spent rather more than a decade forming about in her creative subconscious. It was time well spent, for shes crafted a beautiful, timeless record, the natural evolution of an accomplished singer and songwriter.

The albums roots stretch back to Aoifes time at the New England Conservatory, where she dreamed of one day recording an album with celebrated producer Tucker Martine (My Morning Jacket, Tift Merritt). Upon graduation, Aoife (pronounced „ee-fuh) hit the road as the lead singer and principal songwriter/song-finder of Crooked Still, which grew into one of the worlds most acclaimed progressive string groups over the ensuing decade. The stunning versatility and appeal of her voice brought her to the attention of some of the most eminent names in music and led to collaborations across a wide variety of genres with everyone from Alison Krauss to Dave Douglas, along with a role as vocalist on the Grammy-winning Goat Rodeo Sessions alongside Chris Thile, Yo-Yo Ma, Edgar Meyer and Stuart Duncan.

ODonovan never forgot the call of that solo record, though, and last year she headed to Portland, OR, to fulfill her dream and record with Martine. Rich in songs and unexpected textures, the resulting album bears the remarkable fruits of their creative partnership. Both joyously open and profoundly private, the album is at all times an opportunity to enjoy ODonovans thoroughly modern and deeply rooted vocals.

The album opens with „Lay My Burden Down, perhaps ODonovans best-known song simply because Alison Krauss recorded it on Paper Airplane. ODonovan acknowledges the risk in this choice, and the reward. „One of my uncles loves to say that nobody owns songs, and I think thats true. My version is so different from hers, and it really sets a nice tone for the record, she says.

ODonovan and Martine have carefully placed her songs in a variety of musical settings, from the chorus of horns which opens „Thursdays Child to the country-rock of „Fire Engine, from Charlie Roses pedal steel, running throughout Fossils, to the sometimes squalling electric guitar on „Beekeeper. It is a rooted album, to be sure, but not precisely a roots album.

ODonovan chuckles a little. „I guess it just feels totally natural, she says. „Its how a lot of these songs have just come to life over the years.

Most of ODonovans songs are character-driven, and many of them resemble portions of the folk traditions in which she was raised. The second track, „Briar Rose, for example, is based on an Anne Sexton poem, a recontextualized fairytale. Though she will concede that a couple tracks are somewhat more personal.

And that she is quite properly proud of Fossils. „This solo album seems like it was a long time coming to me, she says, the sounds of an airport in the background. „Ive been thinking about it since I was 18 years old.

Time well-spent. Fossils, after all, are among natures most durable, lasting creations.
– See more at: http://aoifeodonovan.com/about/#sthash.a49k6beU.dpuf